The "I've released a thing" thread...

notrobot
Remakenaut
Posts: 230
Joined: Wed Jan 08, 2014 7:55 am
[phpBB Debug] PHP Warning: in file [ROOT]/vendor/twig/twig/lib/Twig/Extension/Core.php on line 1266: count(): Parameter must be an array or an object that implements Countable

Spoiler:
heh, fixed it now... I started again and the yellow key was indeed there. I must have picked it up and then I put it somewhere I couldn't get it back, or a bug ate it... anyway I've completed the game now!
Spoiler:
Damn you Scottige for that hidden Manic Miner level! Made me laugh out loud though!
Top

Yeah, I made the achievement missable on purpose as it's not progress halting.
There is a rare bug where an object vanishes.
I thought I had squished it but I've had 1 report of it happening again.
I do have a cheat in to cover that eventuality so if you find yourself missing an item, message me on twitter and I'll help you out.

I'm currently in the process of creating a map and after that, will do a walk through.

SPOILER FOR OTHER MISSABLE ACHIEVEMENT

Spoiler:
You can use the net you catch the butterfly with to catch the seagull that flies around the start room for an achievement.
My Games Site | My Comics Site ( naughty jokes )
Top

Well, I don't get to spend much time on game development these days (it's only a hobby for me) but I have released a thing. In fact I've released two things: a version of Asteroids, called Shoot The Rocks, and a version of Star Castle, called Star Citadel.

For both of these I've implemented "classic" and "modern" variants. The classic variant aims to have mechanics as similar to the original arcade game as possible, whilst the modern variant has a few tweaks and enhancements (I won't say improvements because that's very much a matter of opinion, and depends on how much of a purist you are): power-ups, more fluid control, generally more forgiving difficulty curve to (hopefully) appeal more to people not used to the brutal difficulty of most classic arcade games.

Both can be played online within a web browser or on decent spec mobile devices from the last few years because they use HTML5, JavaScript and CSS rather than Flash. You should be fine with an iPhone 5S (released 2013) or later, or something of similar or better spec to a OnePlus 2 (released 2015) - these are the devices I generally test with.

- I'd like to add the killer satellites from Asteroids Deluxe
- I also thought that black holes might be quite a fun idea
- Finally, to compensate for the increased difficulty of destroying multi-hit asteroids on higher levels in the modern variant, I wanted to add some simple power-ups to give players a better chance

Star Citadel can be played at: https://arcade.ly/games/starcastle/. This one's completely finished from a game mechanics point of view, although I want to do things like make the menus work with game controllers, add redefinable keyboard controls, and suchlike, but these aren't specific to the game.

Both games are free and can be played with keyboard or, on mobiles and tablets, touch and tilt controls. I've also got some basic game controller support in there although it's not totally reliable. The games can be played using the browser on a PS4 Pro but the framerate, as of the last time I checked, was dreadful. XBox One X does a better job but, because you can't navigate the menus with a game controller, neither game is (yet) playable: I need to sort this out.

No idea what they'd be like on the vanilla consoles, but I'd guess the experience won't be great on at least the PS4. It looks like the PS4 browser's JavaScript runtime hasn't been well optimised, whereas the Xbox One's has (it's basically running Microsoft's Edge browser).

Any desktop or laptop computer from the last few years should handle both games fine in a modern browser. I certainly haven't found a computer that wasn't capable of running them yet, although I'd bet you might struggle if your machine is older than around 2011.

bignobody
Team RR
Posts: 487
Joined: Sat Jan 18, 2014 12:58 pm
Location: Not quite all there.
[phpBB Debug] PHP Warning: in file [ROOT]/vendor/twig/twig/lib/Twig/Extension/Core.php on line 1266: count(): Parameter must be an array or an object that implements Countable

Whilst stuck in hospital for a fair amount of last year I wrote a novella. 'Trip: Change the Drugs. Change the World.'

I've put it for free until the 21st on Amazon

bartread wrote: ↑
Sat Feb 23, 2019 3:40 pm
Well, I don't get to spend much time on game development these days (it's only a hobby for me) but I have released a thing. In fact I've released two things: a version of Asteroids, called Shoot The Rocks, and a version of Star Castle, called Star Citadel.


I can't believe it has taken me so long to notice this thread, but I did and I've played both games now.

Very "rock'n'roll" covers it nicely. They're both very easy - certainly much easier than my own versions of both games, but while that may appeal to more casual players I think the lack difficulty makes them less interesting to more dedicated/seasoned retrogamers. But with the easy playability and online scoreboards that probably appeals to the casual players. Certainly looking great, but I could do with a less annoying soundtrack. If there an music-off-switch? Probably, but none of the games held my interest long enough to check. But hey - congratulations on finishing two games. That's always great

Finally been back in front of the computer. Hacked this WIP into some kind of finished game. The sounds are terrible for which I apologize.

Quick About Us
Hey retroremakers! We're gametable.org and I thought it best to give a little background about us before discussing our latest game. We're a group of gents building a non-revenue, side-project game site. Most of our games will likely be parallels of classic real world games or modernizations of simple old-school computer games. 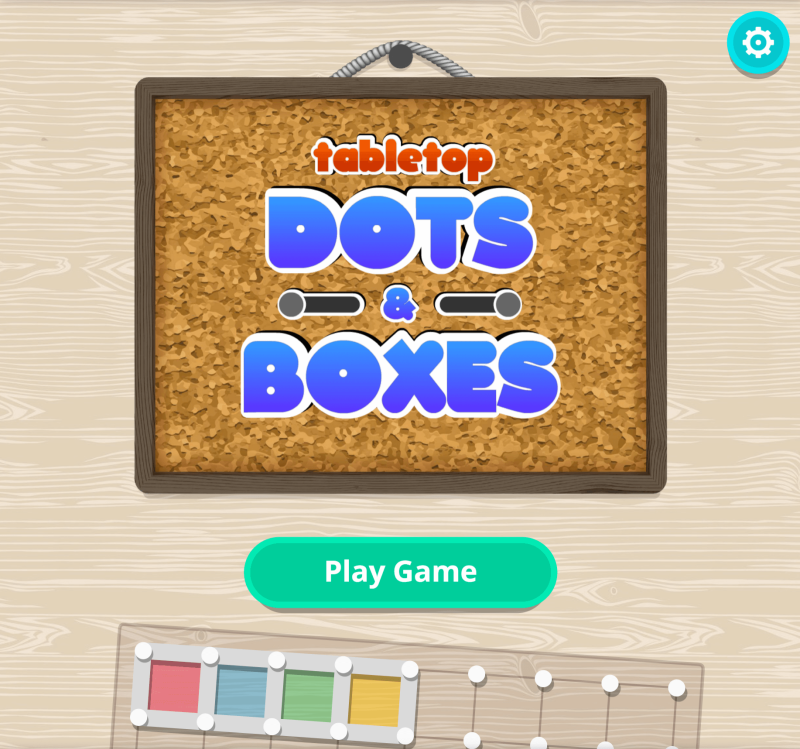 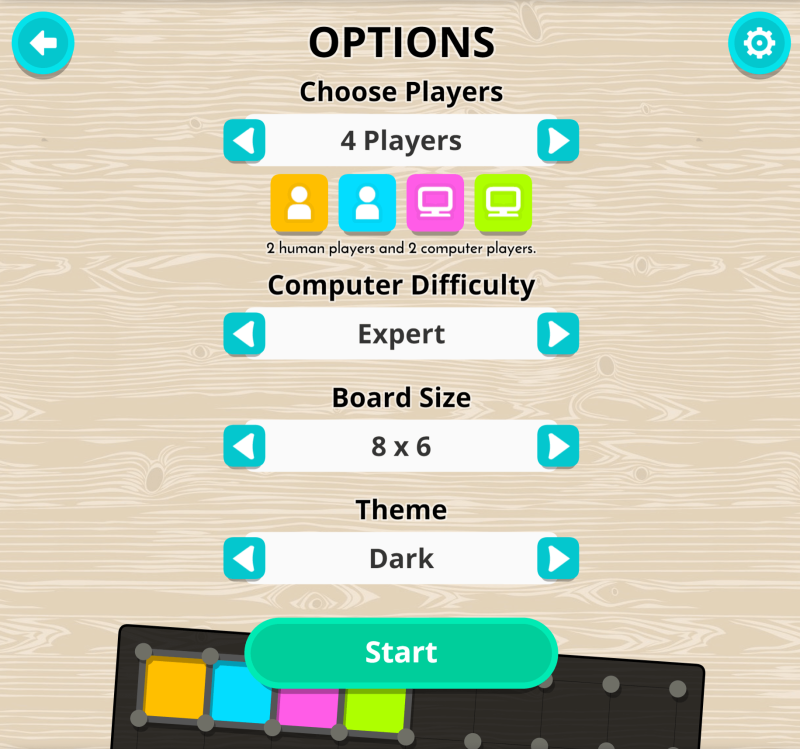 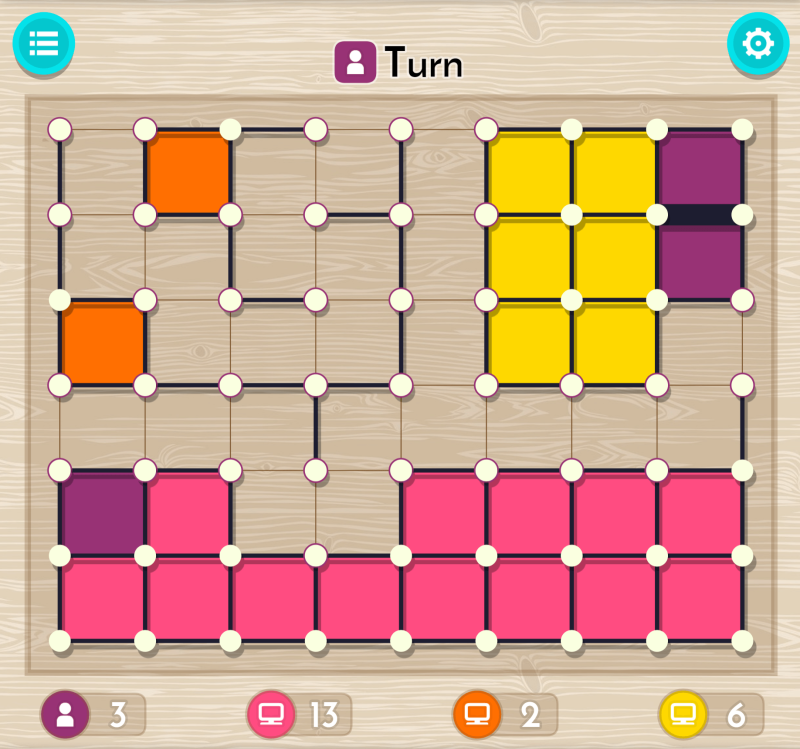 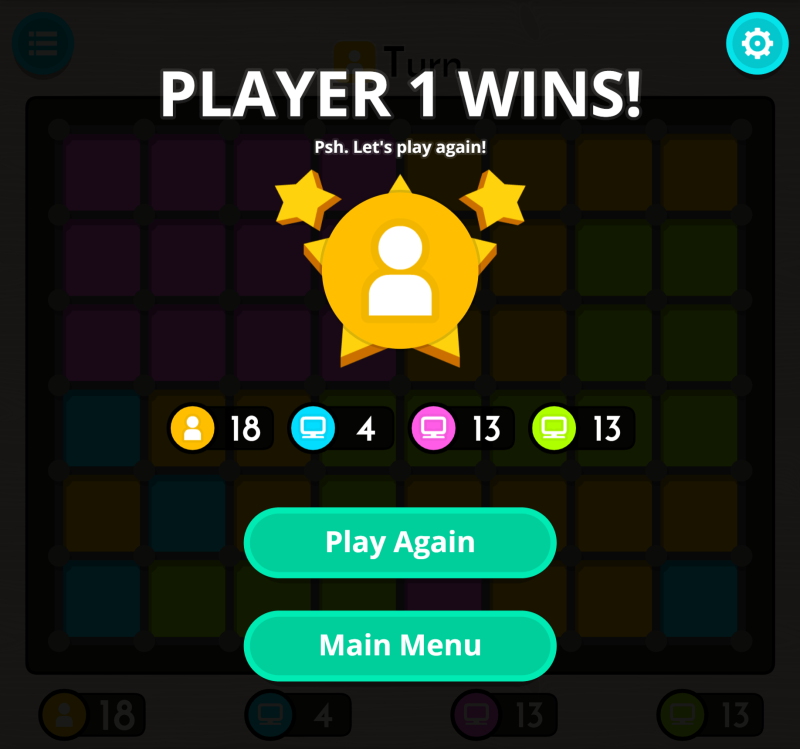 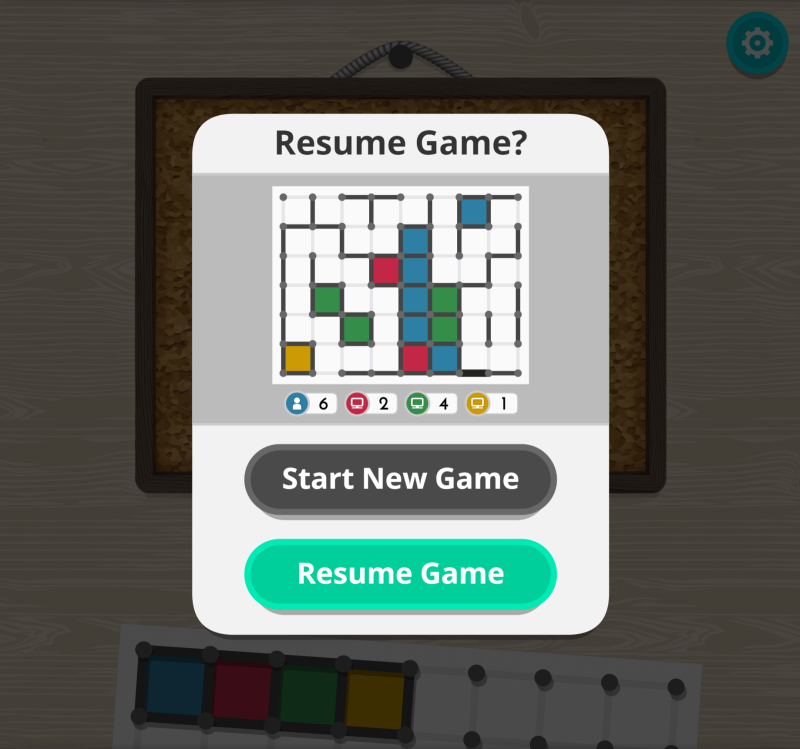 Future Feature Goals
Feedback
Building an AI that could play well beyond just two players proved difficult. Ultimately we found a solution, but now it almost feels too good. Would you mind playing the game and letting us know if you think the AI is too easy / hard?

bignobody
Team RR
Posts: 487
Joined: Sat Jan 18, 2014 12:58 pm
Location: Not quite all there.
[phpBB Debug] PHP Warning: in file [ROOT]/vendor/twig/twig/lib/Twig/Extension/Core.php on line 1266: count(): Parameter must be an array or an object that implements Countable

TOJam happened virtually this year!
I made a game where you play a whale in outer space.
https://bignobody.itch.io/solarback-tojam

Made with Godot engine.

Search asteroids for Krillites and eat them. Don't stay away from the blue gas cloud too long or you'll suffocate.

I like how this turned out so much that I'm going to make a "full" version that expands on this core game idea.
Top

I have released a remake of the classic Videogame "The Sentinel" (1986)
It's for Android and Google Cardboard devices (yes! It is VR!)
It's free at Google play:
https://play.google.com/store/apps/deta ... TheSensors 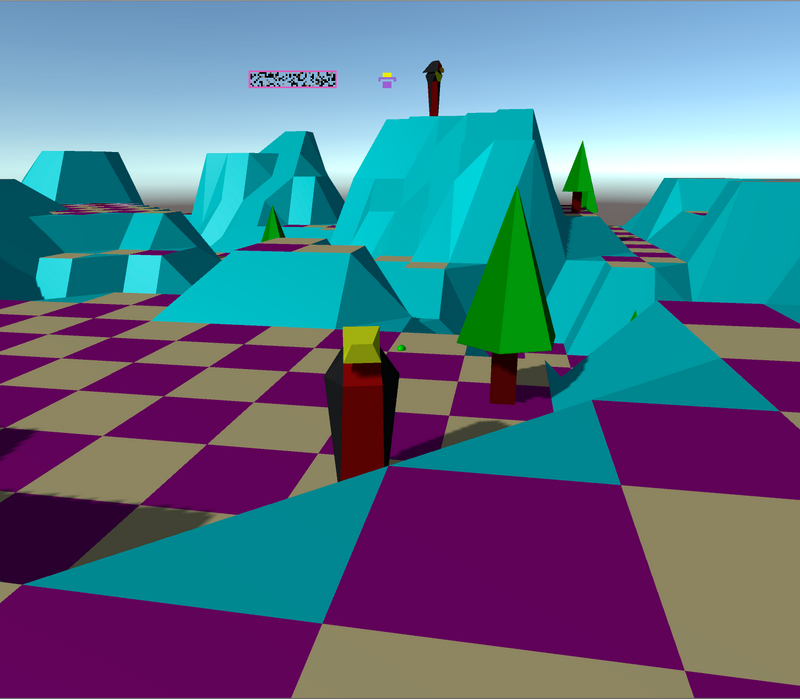 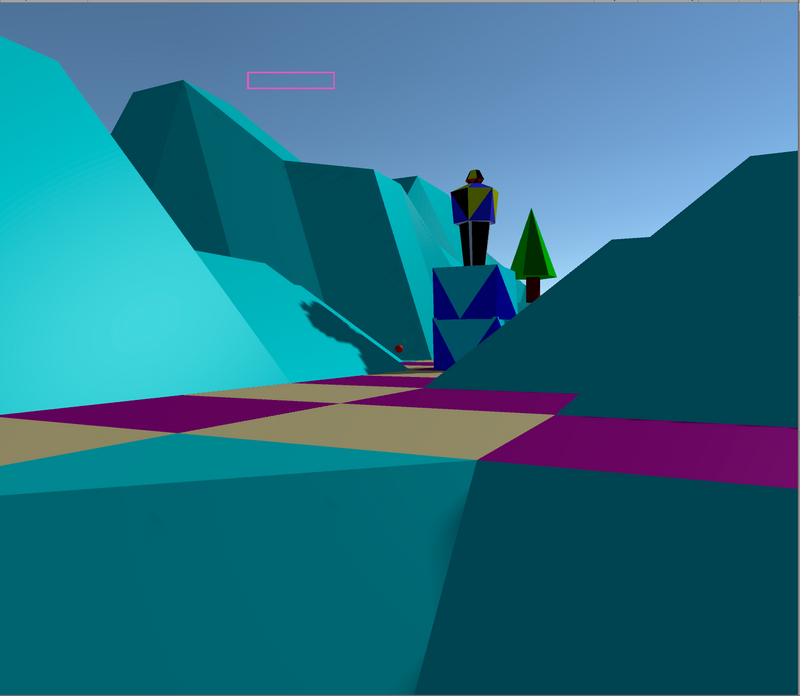 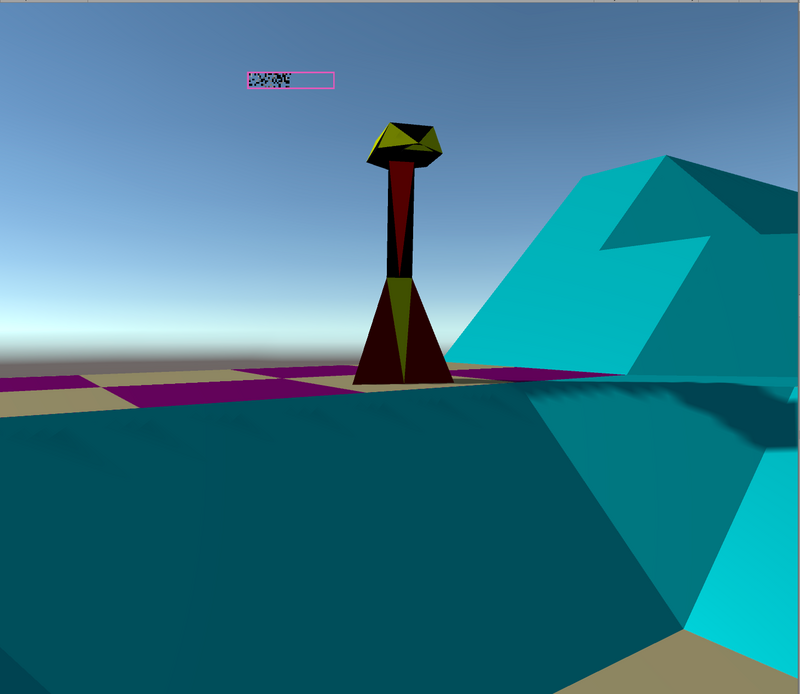 [youtube]https://youtu.be/pLp4JP6fQbM[/youtube]
Top
Post Reply [phpBB Debug] PHP Warning: in file [ROOT]/vendor/twig/twig/lib/Twig/Extension/Core.php on line 1266: count(): Parameter must be an array or an object that implements Countable

Users browsing this forum: No registered users and 1 guest